IT USED TO SNOW in Los Angeles with Some Regularity– That Ended in 1962. Here’s why. 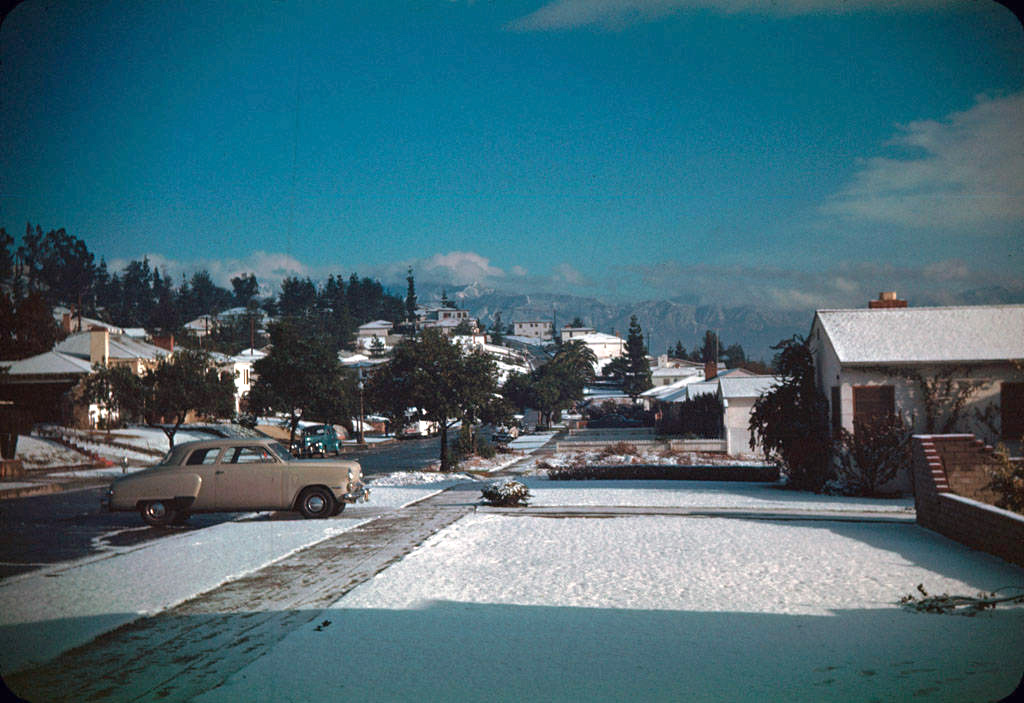 IT USED TO SNOW in Los Angeles with Some Regularity–  That Ended in 1962. Here’s why. 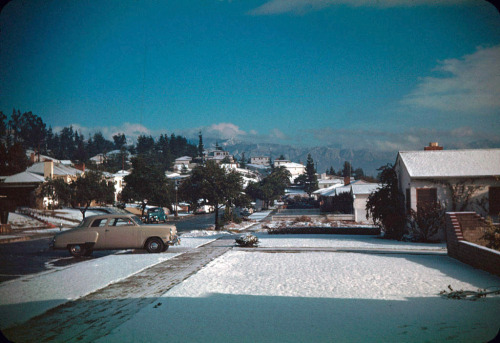 Los Angeles is in the middle of a 56-year snow drought, and with each passing year snowfall becomes increasingly less likely. (FROM KCET.COM). 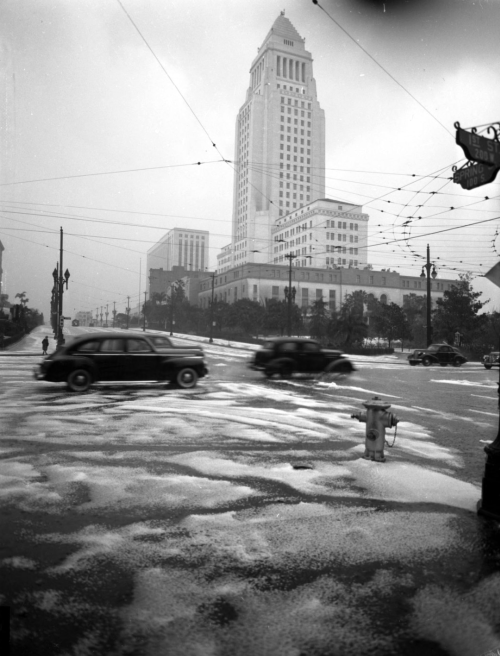 It’s still technically possible in 2016 – snowfall at higher elevations and in inland valleys is more common; a 1989 system dropped several inches on the San Fernando Valley but missed the coastal plain, and a 2007 storm dusted the canyons above Malibu with powder and dropped hail-like graupel on L.A.’s Westside.

“Given the right meteorology we could still have a ‘White Christmas,’” Bill Patzert, a climatologist at NASA’s Jet Propulsion Laboratory, told me. “but In 2050, no way!”

Of course, snowfall has always been relatively unusual on the coastal lowlands of Southern California. “Because of our proximity to the Pacific,” Patzert said, “below-freezing temperatures are very rare. Our Mediterranean climate makes us mellow meteorologically. It smooths out the extremes in weather.”

An L.A. blizzard, in other words, has always inhabited the margins of possibility, but a snow drought of this length seems to be unprecedented. For generations, Angelenos could count on waking up, at least once or twice in their lives, to a wintry scene: children pelting each other with snowballs beneath powder-dusted palm trees. 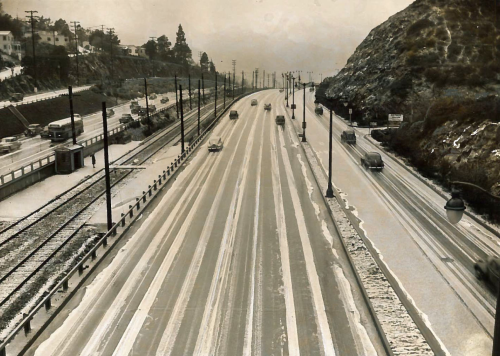 No storm incited as much wintry chaos as a January 1949 system that lingered for three days and dropped several inches of snow on the lowlands. Icy conditions forced the CHP to close the Pacific Coast Highway. White powder dusted the tops of palm trees from Santa Monica to Laguna Beach. In the San Gabriel Valley, orange growers burned smudge pots in a futile effort to protect their crops from frost, and in the Santa Monica Mountains the canyon roads became impassable; an accumulated foot of snow trapped nearly twenty automobiles in Laurel Canyon. The Southern California Gas Company reported record demand as nighttime lows dipped into the 20s and furnaces blazed around the clock.

It was a Jan. 21, 1962, storm that last deposited even a trace amount of snow on downtown Los Angeles. Only flurries fell on the Los Angeles Basin, but the snowfall was much heavier in the Santa Monica Mountains and San Fernando Valley. The 101 freeway became a slushy, treacherous skid zone through the Cahuenga Pass. Highway crews were caught off guard; Topanga Canyon Road closed until a snowplow could arrive, as did Sepulveda Boulevard. And no one was caught more unprepared then Richard Nixon, then campaigning for governor, who that day appeared in Sunland-Tujunga’s March of Dimes parade. Sitting in an open car in his light summery suit, Nixon waved to thinning crowds as sometimes-heavy snowfall chilled the parade route.

Why do such wintry scenes now seem to be a thing of the past?

KCET asked three scientists to speculate about the causes behind L.A.’s snow drought: JPL’s Patzert; Eric Boldt, a meteorologist with the National Weather Service’s Los Angeles office; and Daniel Swain, a climate scientist at UCLA’s Institute of the Environment and Sustainability. 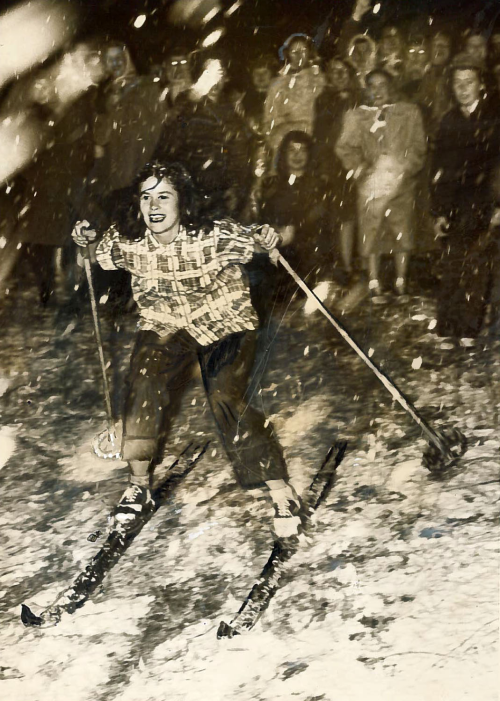 Skiing on the UCLA campus during the 1949 snowstorm. Photo courtesy of the USC Libraries – Los Angeles Examiner Collection.

They cautioned me that they could only draw tentative conclusions from the limited data. “Part of it could just be luck,” Boldt noted. Swain echoed him: “It’s often hard to come to conclusions about trends in the occurrence of events that were very rare in the past, and potentially have become even more so.”

But all three pointed to a culprit you’ve no doubt already suspected: a warming climate.

Los Angeles today is roughly five degrees Fahrenheit warmer than it was a century ago, according to Patzert. We can attribute about half that increase to the urban heat island effect – artificial ground surfaces soaking up more thermal energy than natural ground cover. “The other half,” Patzert said, “is man-made global warming.”

Swain pointed to a “strong atmospheric warming trend California has experienced since the 1950s “It’s pretty easy to see that temperatures have drifted progressively farther away from the freezing point over that interval.”

And Boldt noted that minimum temperatures have been especially sensitive to the warming trend. “We routinely see [them] breaking records more so than high temperatures,” he wrote. Our nights, in other words, are getting even warmer than our days.

We might never see another snowy day in Los Angeles.

Five degrees of warming may have pushed a weather phenomenon from the margins of possibility into the realm of pure fantasy. We might never see another snowy day in Los Angeles.